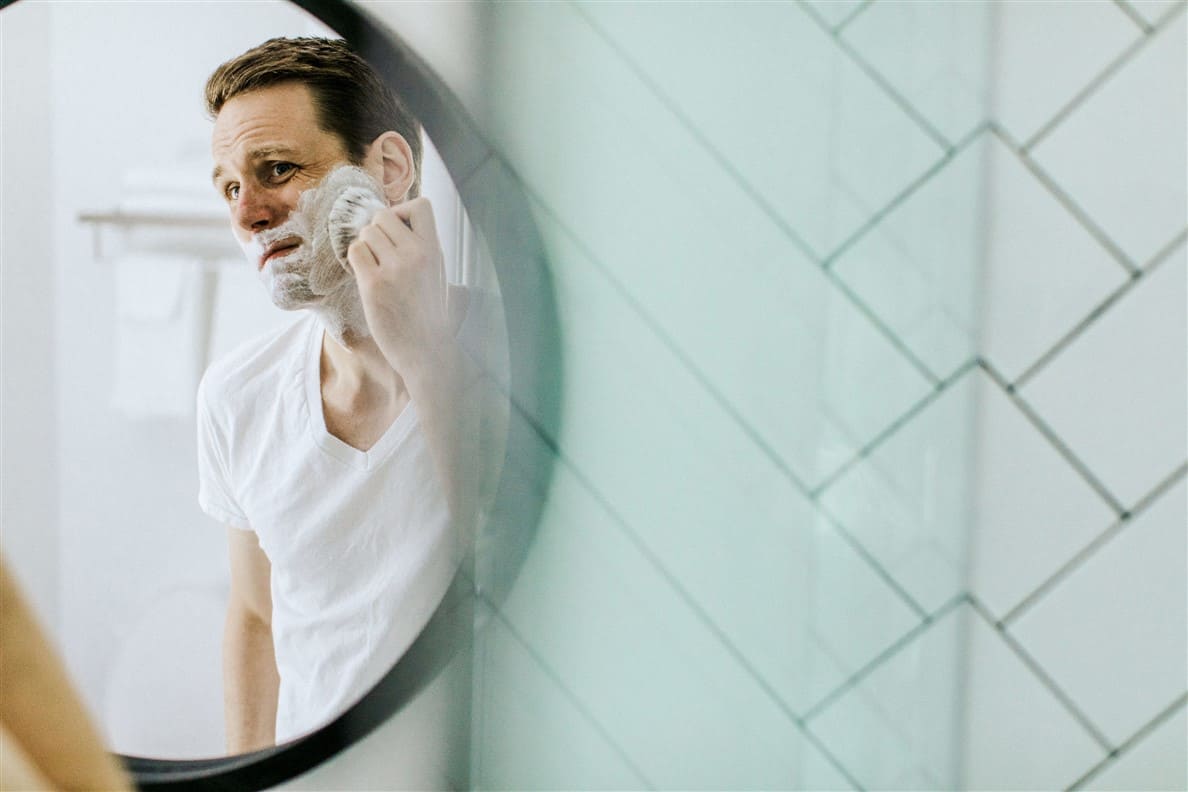 Male grooming is nothing new. From massage at the Roman baths to ’pec’ implants, the male of the species has been keeping an eye on his looks.

Ever since poor Echo got thrown over by Narcissus – because he was fatally in love with himself – we’ve known that men can be just as self-absorbed as females are reputed to be.

The figures speak for themselves – the male grooming market has been on the rise since 2013 – and in 2016, The Independent reported that the male hair and skincare market was expected to top $21bn worldwide.

Also in 2016, an extra 37,000 salon apprenticeships and jobs were expected to emerge, as reported by Creative Head. Given that one-fifth of all salon customers are men, seeking a range of services from manicures to facials, our male salon clientele are also helping to boost the jobs market. Men in the North East are the hottest on their grooming, according to the report, especially for hair removal. In 2016, they booked a treatment every four weeks, compared to every eight weeks in 2015. That’s an extra seven treatments per year.

If all that ‘salon’ stuff sounds a bit too fey for your liking, and you want to look like a ‘man’s man’ you can buy products online such as Bulldog Natural Grooming, Mandom or Kiehl’s Facial Fuel. You’ll have no idea what it does, but it sounds seriously Top Gear and full of testosterone. For the retro-lovers, check out the three million sites that a Google search throws up when you type in ‘waxed moustache’, humorously described by The Handlebar Club of London as “a hirsute appendage of the upper lip and with graspable extremities”!

As moustaches and elegant face-fuzz came back into fashion during 2013, the knock-on effect was a drop in sales of razors and shaving products, mirrored by an upward trajectory as more men across Europe began to adopt a skincare routine. In fact, 2013 was the first year that men spent more money on male toiletries than on shaving products. And the figure is still growing.

According to the industry website cosmeticsbusiness.com, the desire to look healthy and stylish in later life is driving sales of post-shave cosmetics and moisturising products that offer SPF protection. In Russia, older men are driving the sales of multi-function toiletries, particularly after-shave products that offer protection from the sun’s harmful rays. Coincidentally, there was also a rise in photos of middle-aged men posing shirtless with guns.

But is this development of male skincare a necessity or a fad driven by marketing gurus? The truth is, men’s skin really is different to women’s.

Men really do have thicker skin

In short, there are four points of difference. Men tend to get ingrown hairs; they have more active sebaceous glands which are larger and more numerous; they can suffer from persistent redness (erythrosis) because of the fragility of facial capillaries – and a higher concentration of these especially on the cheekbones, and they tend to acquire dry skin because of the high astringency of alcohol-based products. And it is thicker. That might cause a few knowing looks in some households, but it is a fact and is due to male hormones called androgens, such as testosterone.

Male skin will thin with age, but has a 25% advantage over female skin. The density of the underlying support network of collagen is closely related to the level of testosterone, and it’s possibly why women appear to age more quickly. However, all those androgens also account for why men have longer lasting and more severe acne. Mother Nature has no favourites.

Both sexes have resorted to quackery for their beauty boosts. In the days before benzyl peroxide, blemishes were treated with applications of mercury (as was syphilis, spawning the charming saying, “A night with Venus, a lifetime with Mercury”). It was easily absorbed but had a variety of side effects including tremors, fatigue and death.

So many options to stay looking good

Lucky modern man has a range of safe products and equipment to prolong his youthful looks; correcting and protecting the skin. Discreet appointments with Botox and fillers aside, top of the league is probably microdermabrasion – the salon’s equivalent to sandblasting. Sterile crystals are delivered at speed across the skin’s surface, removing dead cells, blackheads and debris in their path.

Second must be peels; quick, effective and reassuringly scientific, a peel can treat ageing, acne, scarring and a host of other unwelcome indications.

Both of the above can also be used to clear blemishes on the back and chest.

Finally, a little electrolysis can be a boon too. It’s not only for the females who need a little ‘tidy’ but in the hands of an advanced therapist, your skin tags, thread veins and sun spots can be decimated in minutes. Not a candle or lavender pillow in sight.

Photo by Patrick Coddou on Unsplash

This site uses Akismet to reduce spam. Learn how your comment data is processed.

This is a demo store for testing purposes — no orders shall be fulfilled. Dismiss